They take the fight when society fails

Jan 10, 2022 | Uncategorized
A near-death bus journey and incorrectly dimensioned curbs show the shortcomings in accessibility for people with disabilities in the Ukrainian city of Cernivtsy. But also, on the need for civil society organizations that can act when society fails.

– We are well into the 2000s and many people here in Ukraine can not even get out on the street. Something is very wrong!

Bohdan Boiko is noticeably upset. He gestures and attracts the eyes of curious guests at the local eatery where a lunch costs just under 15 Swedish kronor. The light from the fluorescent lamps in the ceiling is cold and the brown interior details are reminiscent of the Soviet era. Outside the window, a long ramp can be seen leading to the premises’ wide glass doors.

Bohdan pulls his hand over his short-cut hair and continues.

– I studied human rights ten years ago and even then I realized that I wanted to do something for the people in my country. Society must be accessible to all – people with disabilities, the elderly, pregnant women, parents with prams and so on.

Lack of resources and political will

In 2011, when Bohdan was volunteering for a local organization, he met Mariia Nikitina, who has been in a wheelchair since childhood. They realized that they had a common dream of making a difference and they shared the idea that society does not care enough about people living in vulnerability.

Bohdan Boiko shows the adaptations made to an entrance to a local pharmacy. Foto: Malin Kihlström/IM

– Resources and political will – and knowledge – are lacking to ensure that laws and regulations are complied with and implemented. We decided to start an organization that sheds light on the problems that exist and that fights to create change for those who do not have the opportunity to fight themselves, says Bohdan and takes a spoonful of his borsjtj.

The result was the organization Zahyst, which was founded the same year. In the first place, the focus was on creating change locally in the city of Cernivtsy and surroundings. The organization’s activities has expanded and the number of members and volunteers of the organization increased. Since 2019, Zahyst has been a partner of IM, which supports financially but also with skills development and network building.

A large part of Zahyst’s activities involve discussing with, and educating, local authorities, officials, and the mass media to raise awareness of the problems with accessibility. Employees and volunteers go out into the city and measure curbs, doorways, and accessibility in traffic. The results are reported to the authorities, together with proposals for measures. The ramp, which can be seen outside the window leading from the street to the restaurant door, is just one example of what Zahyst has accomplished.

“It has happened that people have dropped me”

After lunch, Mariia and Olga Dmytriuk, who are also an employee at Zahyst, join. Mariia’s deep red dress and Olga’s bright red coat light up the street scene. On the way back to the office, it becomes clear what the challenges are when it comes to getting through the city in a wheelchair. Holes in the asphalt, high curbs, treacherous water run-offs in the pavement and incorrectly placed signs become insurmountable obstacles that require changes to the route.

The bus journey the last bit becomes a near-death experience. After five buses with too high thresholds have been allowed to pass the bus stop, a bus that is to be adapted for the disabled finally arrives. The entrance is admittedly at the height of the sidewalk, but the driver stops at least half a meter from the street edge and no ramp folds out. A couple of fellow passengers get to help lift Mariia and the wheelchair into the bus. The doors quickly close and the bus leaves without Mariia having had time to lock the wheelchair. There are also no devices to anchor it. Olga must cramp up the wheelchair so that it does not roll along the aisle.

Mariia is noticeably familiar with the situation:

– It has happened several times that people have lost me when they have lifted me on buses and trains. I have several times had to go to the hospital with serious injuries. The worst thing is to travel by train because the conductors are sometimes drunk.

Valentyna Dobrydina, a tall, wheelchair-bound woman in her fifties who is general secretary of another rights organization in the region, says:

– All of us who are here today work for various rights organizations that are part of a coalition together with Zahyst. We work together on issues related to accessibility, human rights, and discrimination. We become a united, strong voice that reaches out.

Mariia, sitting next to Valentyna in her wheelchair, nods in agreement and adds:

– An example where we are working for change right now is women’s health. As a wheelchair-bound woman, it may be impossible to go through gynecological examinations or mammography, as there are no adapted chairs or X-ray machines. In the autumn, we arranged a three-day conference where we invited local authorities and the result was changes to the budget so that the hospitals could invest in special equipment. We create change, slowly but surely.

The meeting with Mariia, Bohdan and Valentyna makes it clear what role civil society organizations play in a society where the state lacks the knowledge and will to take the responsibility that is promised. Organizations are not just a voice for the weak, but watchdogs who control and demand responsibility for human rights. A vital role for a functioning democratic society. 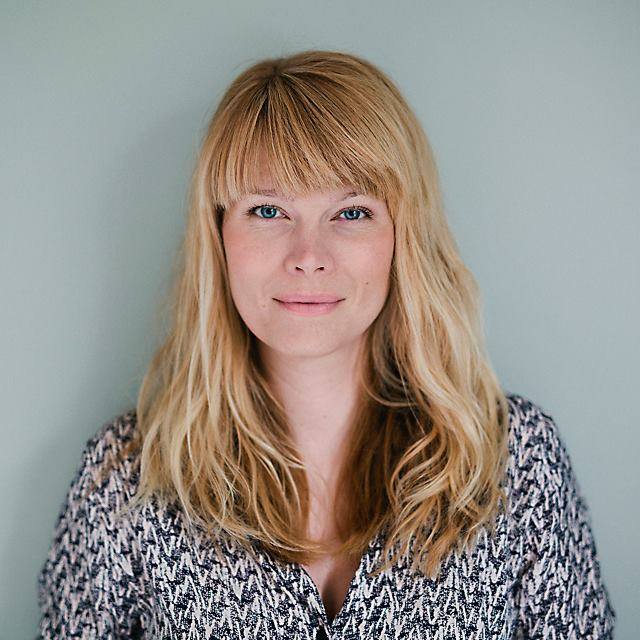